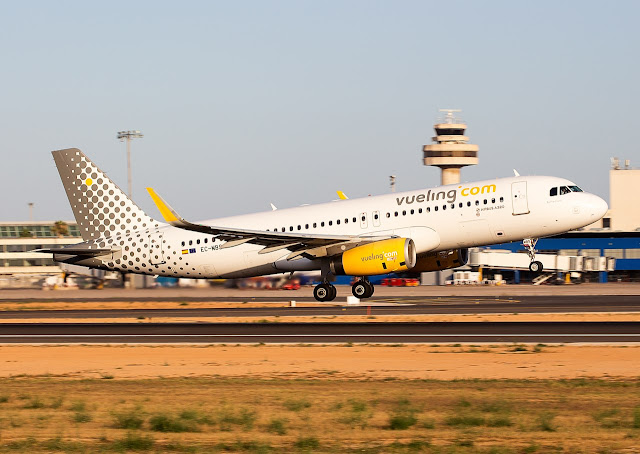 The airline will operate Paris Orly to Belfast International twice weekly on Tuesdays and Sundays.

The airline will operate Paris Orly to Cork Airport twice weekly on Mondays and Fridays from 26th November.

The airline will operate Paris Orly to Dublin airport daily.

The airline was awarded slots at Paris-Orly in context of Air France's recapitalisation releasing 18 daily slot pairs enabling the carrier to launch are 32 new routes to 10 countries from Paris Orly with a total of 48 routes with a further 4 to be announced in due course.

Executive Vice-President Margre the Vestager, in charge of competition policy stated “Following an open procedure, Vueling will obtain 18 of the daily take-off and landing slots at Paris Orly airport, currently held by Air France. This will enable Vueling to expand its activities at this highly congested airport, helping to ensure fair prices and increased choice for European consumers.”

Vueling has been operating in France since 2004 and it is the number one carrier in traffic flows between Spain and France. The airline currently operates six French bases Bordeaux, Lyon, Marseille, Nantes, Nice and Paris Orly.