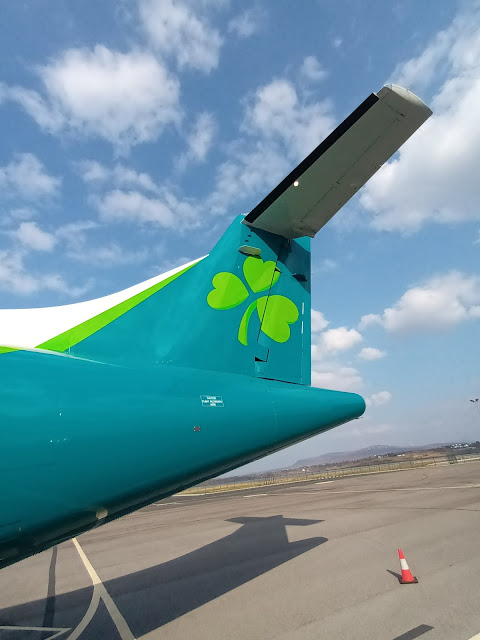 According to Planespotters.net the aircraft was formerly registered as OY-YDT to Nordic Aviation Capital (NAC).

In a keynote address at the joint Dublin Aviation Drinks and SILC event in Westin Hotel on 31st March Emerald Airlines board member John Higgins, former President and Chief Commercial Officer at Avolon stated the carrier plans to operate a fleet of 12 ATR72-600 aircraft and 2 AOC's Ireland and UK operating a total of 18 routes by July.