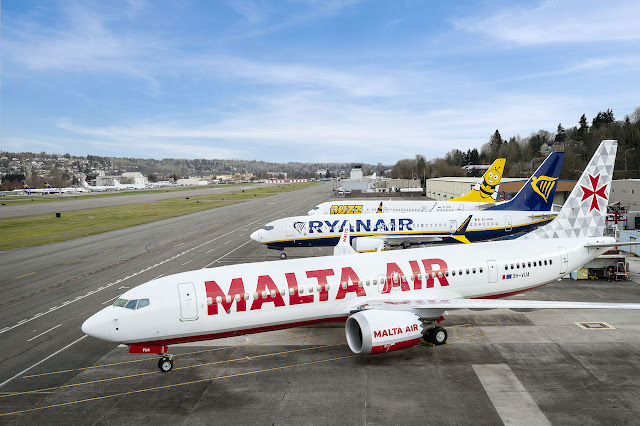 According to a number of aviation sources including Boeing Family Flights, Planespotters.net, Woodys Aeroimages the Ryanair Group is take delivery of a further four aircraft for Ryanair DAC registered as EI-HGL, EI-HGM, EI-HGF & EI-HGH.

The Ryanair Group Polish subsidiary Buzz is due take delivery of a single aircraft registered as SP-RZM and Malta Air subsidiary has a further three aircraft 9H-VUZ, 9H-VVA, 9H-VVC on production line.