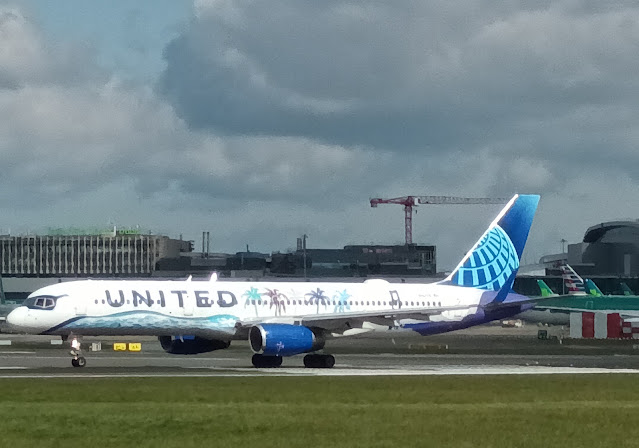 US carrier United Airlines has increased frequency on its Newark to Dublin route to double daily for the Summer season from 23rd April to 30th October, as part of United’s largest transatlantic expansion in its history.  The second flight operated by a two class 174 seat Boeing 757-200(ER) aircraft, complementing its existing daily Boeing 767-400(ER) service. The first flight of the season was operated by N17139 msn 30352.

New Jersey Governor Phil Murphy visited Ireland this week on a four day, two-city economic mission focused on deepening economic ties between Ireland and New Jersey promoting investment opportunities in the Garden State, and strengthening educational and cultural ties between New Jersey and Ireland. New Jersey is one of the northeast’s top destinations for Irish foreign direct investment over the past five years, $285 million has been invested by Irish companies such as Aqua Comms, Kerry Group, Ding, Trane, and QUMAS.