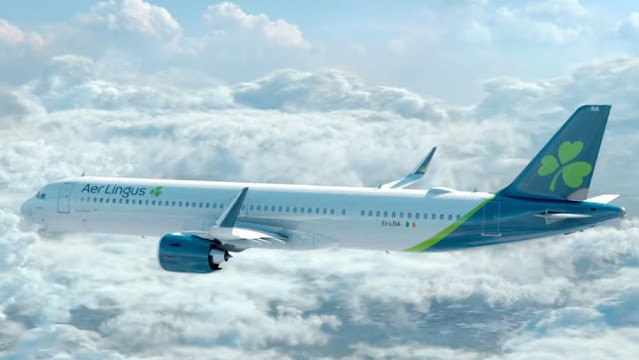 Irish carrier Aer Lingus has introduced a second flight from Dublin to Washington Dulles effective from 9th June for the first time utilizing Airbus A321LR aircraft, further strengthening its DUB HUB strategy, enabling passengers to connect from Washington D.C. to cities such as Naples, Lyons, Berlin and Barcelona for the first time through Dublin.

Aer Lingus re-started LAX on 12th May, for the first time since March 2020. The City of Angels with daily Airbus A330-300 service. Aer Lingus is the only carrier offering direct flights between Ireland and West Coast , following daily flights to San Francisco recommencing on 25 February, LAX on 12 May, Seattle on 7 July and and Miami on 21 October.

Aer Lingus Executive Vice-President US Bill Byrne stated “Aer Lingus is fully committed to connecting Ireland to North America. We are delighted to be building back our connectivity this year, operating 14 direct routes between Ireland and North America. This summer marks an exciting period for us as we welcome back so many much-loved US destinations for the first time since March 2020 including Philadelphia, Los Angeles and Seattle, as well as greater frequency on our Chicago and Washington D.C. services.’’