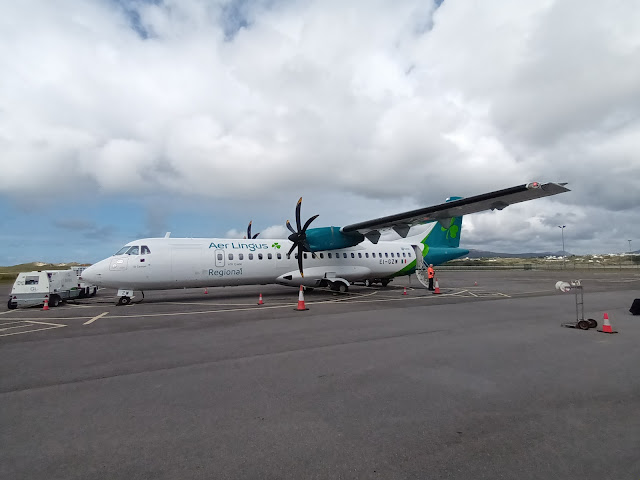 The carrier accepted delivery of two aircraft fleet number nine and ten to Dublin on Wednesday 25th May.

According to Planespotters the carrier is due take delivery of its 12th aircraft EI-HDI msn 1087 currently registered as 2-BKJS to Chorus Aviation also Skyliner Aviation reported the aircraft was ferried Exeter to East Midlands on 7th June for painting into Aer Lingus Regional colours.

EI-GZW ATR72-212A(600) msn 1464 Emerald Airlines pictured above at Donegal Airport in the northwest of Ireland along the Wild Atlantic Way has been voted as the most scenic airport in the world for the third time in a row, according to a 2020 survey conducted by PrivateFly