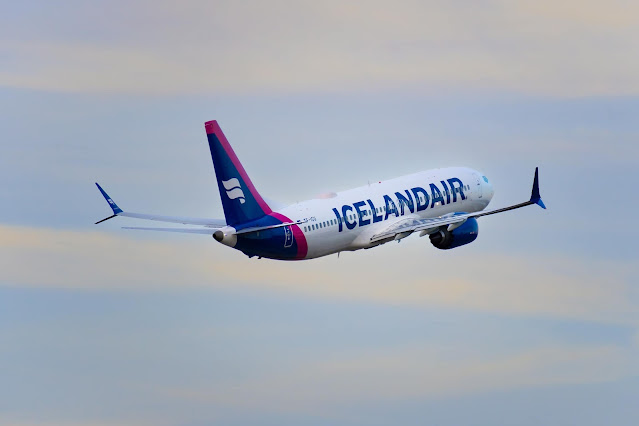 Icelandair operates a daily service from Dublin to Keflavik year-round using a mix of Boeing 737MAX-8/9 and Boeing 757-200/300 aircraft according to market demand.  On 12 May the carrier launched a new seasonal summer service to Raleigh-Durham (RDU) operating four times weekly on Tuesday, Thursdays, Saturdays and Sundays on a 160-seat Boeing 737MAX-8 or 178-seat Boeing 737MAX-9 till 30 October.

The Raleigh-Durham (RDU) flight ICE821/820 is optimized its second connecting bank at Keflavik departing 1645 hours and returns next morning 0630, enabling onward connectivity to and from Dublin.

Icelandair CEO Bogi Nils Bogason stated "We are excited to add Raleigh-Durham to our extensive route network, offering non-stop flights from North Carolina to Iceland with convenient connections to our many destinations in Europe. North Carolina is an exciting new destination for our local market, to visit as a tourist or in relation to the world class university community and the strong high-tech industry."

Raleigh-Durham Airport CEO & President Michael Landguth said "This exciting announcement signals that demand for international travel is increasing as we head into the new year and a new phase of recovery. Icelandair will help meet that growing demand by offering leisure and business travellers nonstop service to a new destination and global connections to major cities on both sides of the Atlantic."

On 1st June the carrier premiered four new videos on its IFE system, in which Icelandair staff present some of their favourite things to see and do in Iceland, and showcase what makes our home so unique titled 'Unique Iceland' showcasing some of Iceland's best shopping and design, activities and experiences, health and wellness, and flavours.

Icelandair announced 16 June it has entered into a Letter of Intent for the purchase of four Boeing 737 MAX aircraft. The aircraft were built in 2018 and are scheduled to be delivered in the fall of 2022, enabling the carrier to new destinations and increasing frequency on existing routes.

During May, Icelandair continued the fast ramp-up of the network by reopening its second connecting bank and adding eight gateways to the network. Icelandair's Keflavik hub operates 24 hours a day to a network of 44 European and North American destinations.