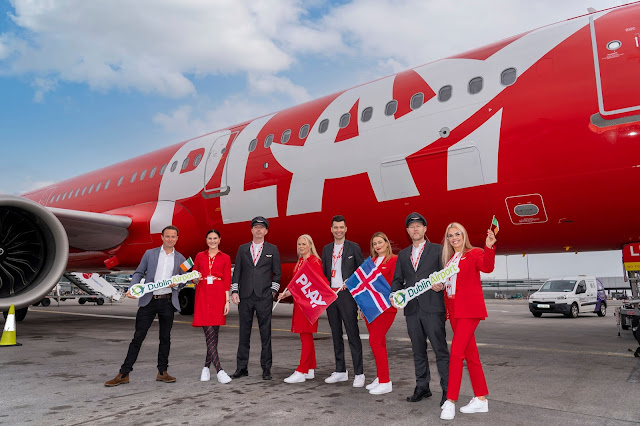 PLAY CEO Birgir Jónsson said "PLAY is strategically growing its presence in the United States, and New York is an important market for our expansion. New York Stewart International Airport offers a convenient location for both New Yorkers and travellers in surrounding states. Stewart also gives incoming European travellers access to local attractions and Manhattan. We expect a travel comeback this year, and our passengers will benefit from our convenient flights with some of the lowest fares to Europe, with the added benefit of SWF’s new international arrivals facility.”

Port Authority Chairman Kevin O’Toole said "New York Stewart offers a low-cost, hassle-free and convenient way to travel. It is a practical and efficient alternative gateway for travellers to the Metro New York-New Jersey region. Our commitment to world-class customer service at all of our airports is strengthened by the addition of partners such as PLAY.”

The Port Authority’s partnership with Future Stewart Partners, a joint venture between Avports and global airport operator Groupe ADP, has increased the airport’s visibility with domestic and international air carriers and brought added expertise in the expansion and retention of new air service.  In November 2020 it  completed construction of the new Customs and Immigration facility . PLAY will be the first airline to utilize the airport’s new $37 million, 20,000-square-foot arrivals facility.

An Express bus service between New York Stewart and the Midtown Bus Terminal in Manhattan, will be timed to match the arrival and departure of PLAY’s flights, the travel time to/from New York City is approximately 75 minutes.

PLAY’s fleet in summer 2022 will consist of three Airbus A321neo and three Airbus A320neo, operating to 26 destinations in Europe and North America, leveraging Iceland’s geographical location for a hub and spoke business model, with market segment focused on passengers travelling for leisure and VFR purposes to and from Iceland as well as across the Atlantic.