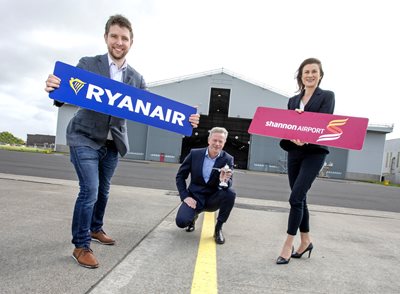 According to Solo Check.ie Prestwick Aircraft Maintenance Ire Limited was set up on Monday the 4th of April 2022.

The Shannon Group formally announced the Ryanair €10 million on 18 May which create 200 high skilled jobs for the region, as the airline opens its first aircraft heavy maintenance facility in Ireland at Shannon Airport.

Prestwick Aircraft Maintenance Ltd whose only client is Ryanair, is a 100% subsidiary of Ryanair Group, and is UK CAA and EASA approved Part-145 aircraft maintenance and repair organization, which manages maintenance sites in Kaunas (Lithuania, Prestwick (Scotland), Seville (Spain) and Wroclaw (Poland).