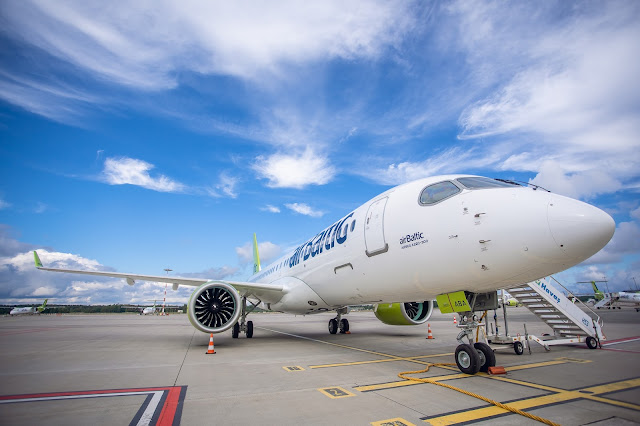 Latvian carrier Air Baltic has reinstated connectivity between Dublin and Riga with effect from 8th March operating twice weekly on Wednesdays and Sundays operated by Airbus A220-300 aircraft. The route had been temporarily paused since 30th January. The carrier is restoring Dublin to Vilnius (VNO) with effect from 29th March operating twice weekly on Tuesdays and Saturdays operated by Airbus A220-300 aircraft. The carrier took delivery of its 33rd Airbus A220-300 registered YL-ABG certified to carry 148 passengers, an increase of 3 passengers on existing A220-300 fleet. Air Baltic CEO Martin Gauss stated “This is the first airBaltic Airbus A220-300 aircraft which is certified to operate up to 148 seats. Until now we could use 145 seats on the aircraft, however, going forward also existing fleet will gradually be recertified for this additional capacity, which will further drive efficiency of our operations." airBalt
Post a Comment
Read more 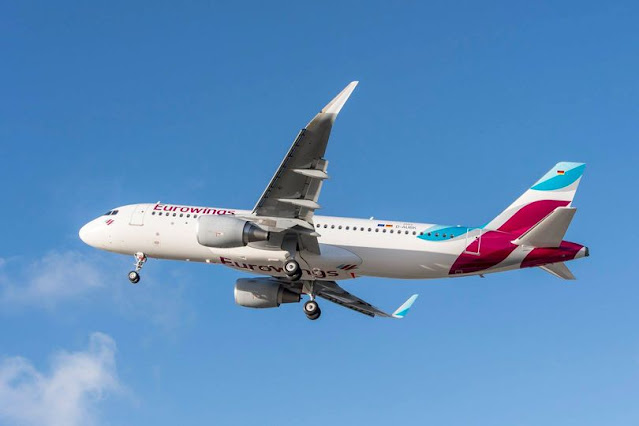 German low cost carrier Eurowings has re-established its route between Dusseldorf and Dublin with effect from Friday 18th February operating four times weekly increasing by capacity by 50% , pre-covid when it operated twice weekly. The route is operated by an Airbus A319-100 and Airbus A320-200 aircraft according to market demand The first service was operated by D-AKNV operating EWG9394/9395 (EWG5Y/5KP). The carrier is to resume Dublin to Cologne for the IATA Summer 2022 season commencing 31 March operating twice weekly.  Eurowings GmbH is a German low-cost carrier headquartered in Düsseldorf and is a wholly owned subsidiary of the Lufthansa Group operating a fleet of 82 aircraft Airbus A319 & Airbus A320-200 aircraft and two leased Boeing 737-800's. In 2022, the airline is due to receive its first five Airbus A320neo aircraft.  Image Credit: Eurowings  Irish Aviation Research Institute © 13 March 2021 All Rights
Post a Comment
Read more
More posts